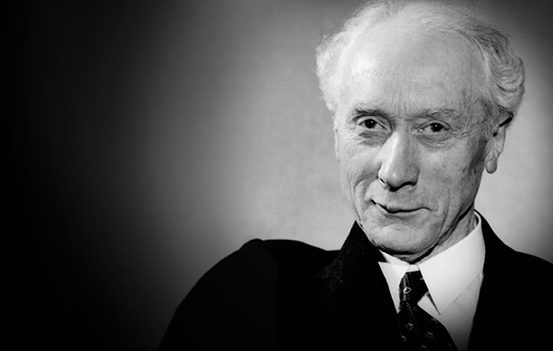 A Man with a Problem

In Australia in 1892, a 23-year-old aspiring actor named Frederick Mathias Alexander began to suffer from recurrent hoarseness which interfered with his ability to perform. He sought the help of physicians and vocal experts, who assured him there was nothing seriously wrong and suggested rest. Resting his voice allowed it to heal, but when he returned to the stage the problem would recur. His career was in jeopardy unless he could find a better solution.

Alexander was a practical young man, and as he considered his problem he realized that the hoarseness always occurred while he was speaking on stage (there were no microphones then). He wondered if it was something he was doing with himself in the act of speaking that could be causing the problem. He set out to see if he could discover what that something might be.

As persistent as he was practical, Alexander began to systematically study himself in the act of speaking using three-way, full-length mirrors. Although not a trained scientist, his meticulous observation and methodical experimentation were a perfect example of the scientific process in action. With just a problem, a hunch, and his own patient intelligence, he moved forward intuitively for almost ten years seeking a solution.

During that time, Alexander discovered he was carrying habitual patterns of harmful tension in his body which interfered with the proper relationship of his head, neck, and back (or head and spine). A set of core principles emerged from this discovery. By applying those principles to himself Alexander was able to restore balance to his head/spine relationship. As a result his vocal problem permanently disappeared, along with other health and respiratory problems he had been plagued with since childhood. His discovery was later corroborated by the neurophysiological research of Nobel laureate scientist Sir Charles Sherrington and others.

Birth of a Technique

Alexander returned to acting with a newfound resonance in his speaking voice, and a beautiful new ease of movement and stage presence that caught the attention of his peers. They wanted to know what he had done to make such a remarkable change in his physicality, and they wanted him to share his secret with them. Alexander devised a unique way of conveying his discoveries to them through verbal instruction and the guidance of his hands. His method worked well, and the Alexander Technique was born.

It quickly became clear that Alexander's technique, which he called "the work," was effective not just for stage performance skills, but for a wide range of health problems caused by poor habits of posture and coordination. Word of "the work" spread, and in 1905 Alexander moved to London, England by invitation of a medical center to teach there. From 1914-1924 he also traveled regularly to the United States to teach in the New England area. All along the way, he and his work became increasingly known and respected not only by theater professionals, but by people of prominence in a broad range of vocations.

Alexander's students also included people with problems ranging from polio disability, to asthma, to difficulty playing golf, to various sports injuries, to name just a few. In all cases, "the work" improved their overall coordination, significantly diminished their symptoms, and helped maintain their most optimal functioning. Some of those students were so inspired with the work that they became Alexander teachers themselves. (Lulie Westfeldt, Dr. Wilfred Barlow, A.R. Alexander, Frank Pierce Jones) 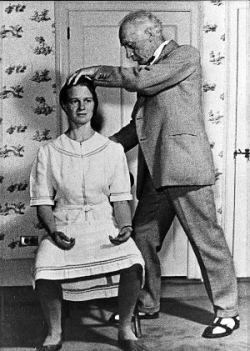 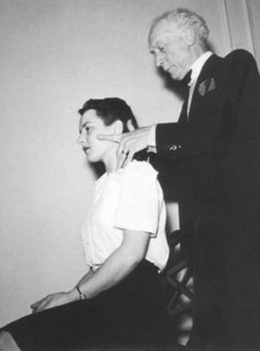 In London in 1931, Alexander established his first teacher-training program so others could learn to effectively pass on his discoveries. That training required three years of full-time practical study (1600 hours) and has remained the training standard for teacher certification today. Some of his first graduates were American, and they returned home to begin teaching. Others remained in England. Alexander himself trained over 80 teachers.

Alexander continued to teach in England until he suffered a stroke at the age of 83.  He recovered successfully and returned to teaching, continuing until a week before his death in 1955 at the age of 86.

The principles discovered by F.M. Alexander have withstood the test of time. Over 100 years later, we have a growing body of research that continues to confirm the validity of his work. There are now over 50 accredited teacher training programs and several thousand Alexander teachers in countries around the world. Teacher training standards are strictly governed by national and international professional societies.

The Alexander Technique is taught in music, dance, and drama departments of many colleges and universities (including The Juilliard School, NYC). It is also offered in some integrative medicine centers and health facilities (including Mayo Clinic, Rochester, MN). A large number of Alexander teachers make the technique easily accessible to the public by teaching out of their own homes (myself included) or local business office. 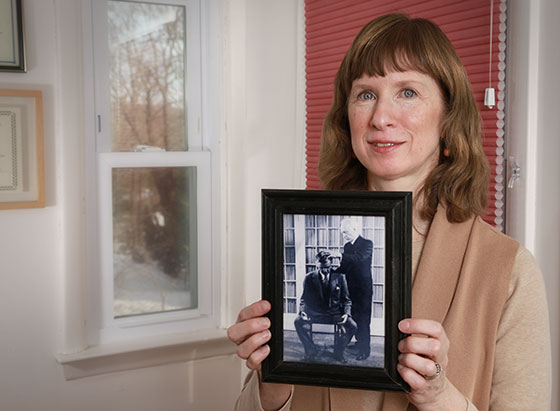